The Amazing Sahasralingas of Odisha !

Sahasralinga literally means 1000 lingas. Where 1000 miniature lingas are carved on the pujabhaga (main linga pix) following certain geometric principles (set in 99 vertical lines, 11 horizontal), it’s called sahasralinga. The name Sahasralinga has been created because of the existence of the uncountable lingas within a single linga called 1000 linga & that’s what has been predominately sighted in Odisha. This amazing monolith sahasralingas are quite different from the rest of India where numerous individual lingas are noticed, carved out on stone beds preferably near river banks.

It’s known to all that Shiba linga is a symbol of worship of the Hindu God Shiba. There are varieties of linga in te,pe ike plain linga, ekamukhalinga, trimukhalinga, chaturmukha linga etc. And, Sahasralinga can also be termed as a variant of linga. Below is the photo story of various sites in Odisha where this unique sahasralinga, rather we can say Kalingan sahasralingas have been sighted inside Shiba temple complex.

Parashurameswar Temple stands among the few oldest intact temples in India. It was built by the Shailodbhavas around 650 AD (7th cent) in Kalingan architecture & is said to be the oldest living temple in Bhubaneswar. It’s astonishing to see 1000 small shiba lingas embedded on one linga. Sahasralinga shiba linga at the Parashurameswara Temple near Mukteswar Temple at Kedar Gouri lane in Bhubaneswar, is the most popular among said lingas. It’s carved with 1000 miniature representations of itself.

Like Parashurameswar, there is one sahasralinga most probably relocated from another site & worshipped in a small temple inside the Kedareswar Temple complex near Gouri Temple. Kindly note that Gouri Temple was built during Bhaumakaras in 9th century whereas Kedareswar belongs to 11th century.

Subarna Jaleswar Temple is situated near the Kotitirtha Lane from Parashurameswar to Bindu Sagar stretch. It’s build maybe by the Somavamshis during 10th century. Like Parashurameswar, Subarna Jaleswar too has one sahasralinga in front the temple’s entry door. There is another temple on the rear side within the complex with Gangua canal passing close by.

Pataleswar Temple is just before Ananta Basudeba Temple on the eastern ghats of Bindu Sagar. The temple is not in state & assigned to 11th century. The sahasralinga here is locally worshipped as Suryadeba for some mythical reasons.

Although the Sahasralinga near Khetrabasi Nijoga Mandap is not in proper condition, yet it looks quite different from the rest. It is a ekamukhalinga (linga with a single face) surrounded by 9999 sub-lingas as coiling snake. One of the local priest there said that sahasralinga were made on the basis of sahasranama. It’s said that if one can circumambulate around the sahasralinga, then he will get the result of worshiping 1000 Shibas or gods.

The Bhabani Shankar Temple complex, opposite Doodhwala Dharmasala has some mukhalingas & one sahasralinga. Since, the objects are in movable conditions, its likely that it must have been relocated from other site nearby.

The location is not Hampi, but our very own Bhubaneswar’s Debi Padahara Tank complex (see title image on top) opp. Lingaraj Temple’s main entry on eastern side. It was built by King Jajati Keshari in 11th century & recently it had received a face lift by State Govt. Noticed one Sahasralinga at Debi Padahara complex which originally had 108 Shibalingas. This surviving linga here looks different because the top portion has also been carved instead of being plain. Since the complex is also known as Sahasralinga Tank, it’s most likely that all the lingas were sahasralingas. Sahasralingas (single linga with dotted miniatures) are often 1001 or 1008, but this site seems like that it had 108 sasharalingas in all the individual small shrines in the complex. Mostly sahasralingas are in open condition for spiritual connection reasons, but this linga is inside the miniature temple in the tank complex.

Magestic Lingaraj Temple stands just next to Puri Srimandir in terms of popularity & number of visitors. Yet rarely has anyone noticed not one, but two saharalingas inside the complex outside the jagamohana, facing east.

Jameswar Temple is located at Jameswarpatna, near the Badhei Banka crossing, Bhubaneswar. Built by the Eastern Gangas during 12th century, it’s a mega structure but visited by lesser people in Bhubaneswar, When inquired about the presence of sahasralinga inside the complex, the priest says when all Shibalingas in an area (say Bhubaneswar) are assimilated into one, it’s called sahasralinga. If one tries to counts, it will be 50 in horizontal (round) n 20 from top to bottom (vertical).

After sighting of at least nine saharasalingas in the temple city of Bhubaneswar, let’s now explore further beyond it in other districts of Odisha.

On the banks of Baitarani river, there’s one beautiful temple dedicated to Lord Shiba by the name Siddheswar Temple after Jajpur Town in Jajpur district. There are two such sahasralingas noticed in this ancient temple complex along with a beautifully decorated stambha within the complex. Some spiritual guru says that sahasralinga helps in awakening brahma, one will surely feel the same by visiting this serene location.

The Biraja Temple temple complex has been renovated in 19th century, but the presiding deity is from 5th century. From the small entry gate side, one can view two opposite rooms. Out of the 108 Shibalingas displayed inside the rooms, there are good quantity of Sahasralingas, maybe more than ten, displayed & worshipped inside.. These lingas were most probably collected from various locations & preserved inside two rooms, post Islamic invasion of Jajpur & destruction of its temples.One more Sahasralinga just outside the room & below the neem tree.

On the eve of Mahashibaratri , Goddess Parbati saw that sahasra (1000) sivalingas were scattered everywhere and she got realisation that Shiba is everywhere. The same logic goes for single linga with 1000 carvings.

Some spiritual guru says that sahasralinga helps in awakening brahma within sahasra. isn’t it amazing hearing all these interesting trivias on sahasralingas.

One more 1000 linga added to list. Bankaadagada is an ancient lesser visited site deep inside Banpur area under Khurda district. The Swapneswar Mahadeba Temple built by the Shailodbhabas around 7th century in rare Astayatana pattern has been recently renovated by archaeology dept. There is one sahasralinga noticed inside the complex.

Sahasralingas in Odisha are quite distinct from rest of India since locally we have monolith lingas with sahasra engravings where as in rest of India, the sahasralingas are individual numerous lingas carved /concentrated in an area especially near river bed/bank. The “Koti Shibalinga Mountain’ situated at Kutunipadar of Laxmipur block (Koraput) is an exception, Koraput was recently in news due to the finding of countless shibalingas of various shapes at Kutunipadar with the size ranging from few inches to 4 feet. The site urgently needs proper documentation & research.

A heritage walk at Old Town titled “Search for Sahasralingas” was organised by Aitiha, a start-up as a trial run before launching its heritage explorations agency. The walk turned out to be a hit with over 10 walkers joining in & collectively around seven sahasralingas in on patch were explored. The search for sahasralingas in Odisha does not stop here, rather its second phase starts from here. Information is pouring in from various sites regarding existence/sighting of sahasralingas in Odisha which are not updated here. It includes Mahabinayak Temple near Chandikhol, Nrusinghanath Temple in Bargarh district, Bimaleswar Temple at Huma in Sambalpur to name a few more, Those places which were once under the ancient Kalinga empire must also be having monolith sahasralingas especially in North Andhra Pradesh. Viewers here are expected to make value additions to this blog with their inputs & supporting photos.

Before ending the photo tour, let’s have a short note on the saharasralingas spread across India. The sahasralingas outside Odisha have a quite different features. Sites like Patan (Gujarat), Shamli & Hampi (Karnataka) & parts of present Andhra Pradesh & Telengana have sahasralingas.. Even in countries like Cambodia, Sahasralingas have been noticed. All those have not been included in this blog since the concentration is mainly on Sahasralingas sighted in undivided Odisha/Kalinga.

In the sun light from heaven A thousand Lingas shine.

The Lord is present In every stone divine !

Images: Taranisen Pattnaik except wherever mentioned

There are no upcoming events at this time.

Very well curated .. customised as per guests needs .. excellent narrative a la Ashish Sarangi style .. the organisers were cordial and fun … The guests was perhaps curated too ☺️ … the only… Read more “Jewels of Prachi”

Went for the first Singhanath Tour on 30/06/19. There is so much to Odisha that we don’t know about that to within a day’s trip from Bhubaneswar. In a radius of about 20-30 Kms from… Read more “Sublime Experience” 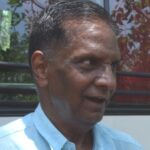 The tour was excellent & our knowledge was enriched by Team Aitiha who could explain the various aspects of Kalingan temple architecture. Never knew such a dedicated team with proper research & passion does really… Read more “Good Initiative !”

Aitiha tour is highly recommended not just for heritage fans, but also for nature & off beat site visits. Had a great time as usual with Team Aitiha & will join coming tours whenever possible.

Superb trip from a startup like Aitiha which assures & provides fresh locations everytime. Thanks to Aitiha for achieving the feat & faith with just two tours.

I would have never known that Odisha has other sites of importance apart from Puri, Konark & Bhubaneswar. Thanks to Aitiha for such an unique experience. The team speaks broadly about the lost heritage of… Read more “Unique experience !” 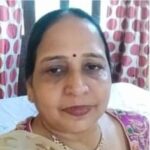 It’s a very unique start to explore lesser known sites. One can never know the depth of Odishan culture, art & architecture, without being a part part of such a beautiful experience. This was my… Read more “Aitiha makes us feel Odisha, a bit closer !” 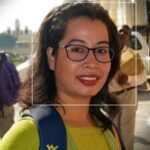 Happy with the efforts given by Team Aitiha to explore lesser known sites and to promote it through guided tours which made us visit those sites which otherwise would not have been possible. Thanks &… Read more “Fabulous efforts !” 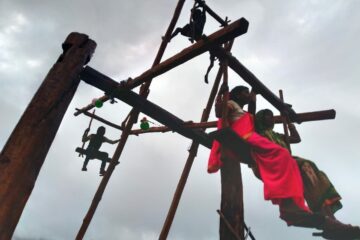 Raja Parba: Going Beyond the Taboo 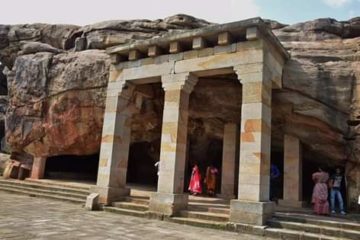 Udayagiri – one of the caves among the twin hills in Bhubaneswar, is quite known for its earliest caves & motifs, mostly used as dwelling place by the Jain ascetics. It’s visited by tourists, travellersRead more "Udayagiri Inscriptions Beyond Hathigumpha !"

Welcome to WordPress. This is your first post. Edit or delete it, then start writing!